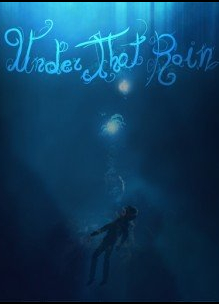 Under That Rain was delisted from Steam on November 14, 2017. The following day, BadTale Studios made an announcement regarding the delisting.

Hi everyone,
We are so sorry to write this letter to all of you guys, but Under that Rain Failed.
We Failed.

We put a lot of effort and passion inside this game(3 years for episode 1),
and almost a lot of months in developping episode 2, where we are still working on almost every nights.

The more the time passed, the more we saw that “Under that Rain” doesn’t had a good impact on the people out there. We selled really a few copies of the game, in reality we didn’t thoughts it would be easy or that we could be rich by selling it, but right now what the game earns dosen’t cover the financial costs, so we cant stay another year like this, and even if we dislike the idea we have to give up on this project.

We are not blaming anyone except ourselves for make this game fail.
We know we lacked in social media and promotion.
We just bowed our head and worked on the game, and maybe this is one of the things that did make this happens.
Or maybe the game was not good enough for attracting video gamers.
Who knows.

The game went out of selling starting from this month.
But we wanna say another things to every one that bought our game and so support and trusted us.
We are still trying to complete the episode2, even if it is really hard to working on something when its a failure.
Originally the episode2 should have being selled separatly at 4.99, but we want to TRY to release it under a normal update around 20 December. We have time fixed to close the project so if we cant be able to finish in time we want to apologies even for not releasing the second episode.

Because we don’t like to leave things unfinished and because of everyone that bought it, the game deserve a final. we are trying to cut some parts and rewrite some of the story to still make it enjoiable and something that we can finish in time.

We wanna be clear about this:
We are not sure to finish it. We are working on it really every nights after work, but a game it’s not so easy to be made, a lot of things still need to be done, and even if it will be a short experience it has to be good and less buggy so that can be enjoyable.
Another things you have to know is because of the low budget,(more then low budjet it is more like there is no a budget at all!) For this second episode(if released) the music will be made by us and not from a pro musician as the first episode have.

Again, We are really sorry.
Some times life is not so easy.
But we will try to not betray all of you.

with a lot of respect.

BadTale Studios seems to have disbanded shortly after the announcement, as at the end of 2017 their website had been updated to state that “BadTale is no longer here.”

Andrè Lacroix, a social worker from Paris, becomes obsessed with an orphan given to his aunt, who lives in a manor house outside the town. As a perpetual rain starts to fall, Andrè arrives to discover the child is missing and the people at the manor acting as if they have something to hide. Andrè’s journey into the terrible facts surrounding the house fills him with a strange kind of nostalgia mixed with a horrible form of oppression. Soon he will learn that nothing is as it seems, and that sometimes even the worst atrocities can be made worse still.