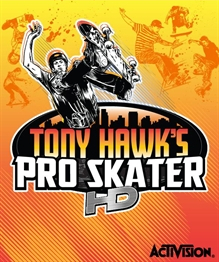 Activision announced on the game’s Steam page that Tony Hawk’s Pro Skater HD would be “retired from the store” on Monday, July 17th, 2017. The game was put on one final sale for the week leading up to the 17th. The Xbox 360 and PlayStation 3 versions of the game were also delisted on July 17th.

No confirmation was given but the delisting is likely due to the combination of the game’s mediocre reception and extensive licensing.

“Tony Hawk’s Pro Skater HD is a downloadable title for Xbox LIVE Arcade, PlayStation Network, and PC that takes the best elements of the classic THPS games and gives them a fresh update to create an all new skateboarding experience.

Tapping into fans’ muscle memories, the gameplay returns to controllers and focuses on the satisfaction of linking sick tricks for maximum points. Combining sharp visuals with the best controls ever in a Tony Hawk game, the feel is cutting edge yet timeless. The game was rebuilt and polished by Robomodo using Neversoft’s original code and includes the best seven levels from THPS and THPS2 (Warehouse, School 2, Mall, Phoenix, Hangar, Marseilles and Venice).

There is a combination of new school and old school pros (Nyjah Huston, Chris Cole, Eric Koston, Andrew Reynolds, Rodney Mullen, Lyn-z Adams Hawkins Pastrana, Riley Hawk and Tony Hawk himself) and the soundtrack is half classic THPS tracks and fresh ones. Multiple online multiplayer modes round out the action!

Also, there is downloadable content for the game: the Tony Hawk’s Pro Skater 3 HD Revert Pack. It expands on the game’s winning formula with the three levels from Tony Hawk’s Pro Skater 3 (Airport, Los Angeles, and Canada). Skateboarding legends Steve Caballero and Geoff Rowley are included as well as James Hetfield and Robert Trujillo from Metallica, and the Revert move makes its return for mind-blowing combos!“