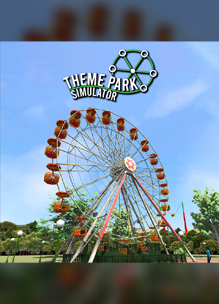 Theme Park Simulator was delisted on PlayStation 4 between late February and early March of 2021. The delisting was pointed out to the site on March 6th but could have happened earlier. The cause for the delisting is uncertain and when asked about it in March of 2021 Badland Publishing said only that they were asking Sony about the removal.

The game was relisted on PlayStation 4 in Australia, Europe, and North America by October 9th, 2021 when its return was pointed out to the site. Again, it could have been relisted somewhat sooner but no earlier confirmation has been found. Upon its return, the game’s publisher had changed from Badland Publishing to Cooking and Publishing, Sociedad Limitada, a small porting, PR, and QA house out of Spain. The game remains delisted on PlayStation 4 in Japan as of May 2022. None of the companies involved have further addressed the game’s delisting or return.

Theme Park Simulator is an ode to the classics such as Rollercoaster Tycoon, except with a twist. You get to play this game through the eyes of the visitors, going through each park ride from their perspective in a beautifully rendered environment with decadent scenery. Each facility is designed for the sake of delivering a thrilling experience, recreating the feeling that brings in theme park tourists worldwide.

The Featured Rides are as such:

With a planet sized amusement park full of roller coasters, carnival games, and the like you’ll manage to find fun somewhere in this game. Play it now to encounter the adrenaline-pumping thrills of a real Theme Park!