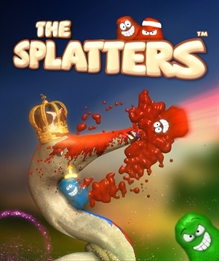 SpikySnail’s social media accounts remain active but with few posts and no mention of the Splatters titles since about 2014. It is possible the games were delisted as the studio has disbanded or shut down. Both titles were digital exclusives and are considered Extinct.

“In Super Splatters you’ll be throwing a band of semi-suicidal Splatters across the stage, blowing them up in an attempt to ignite the most impressive series of explosions possible.

Perform crazy stunts, boost your speed on slides, invent your own moves, redirect your shots, or even merge several Splatters together – all in an attempt to reach the most spectacular finale that will amaze your in-game fans!

With elastic suicidal blobs and extraordinary liquid physics that actually affect the way you play, Super Splatters delivers fresh gameplay, ripe with tons of tricks to explore. Play it causally or get into the combo-hungry-fast-paced-action-packed-arcade-mayhem – it’s really up to you!“