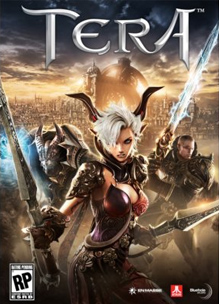 New account registrations and in-game purchases for the game in Korea, North America, and Europe were disbled on May 31st with servers scheduled to be shut off on June 30th, 2022 at 10am CEST (4am EST). English publisher Gameforge provided an FAQ that relayed Bluehole’s explanation and addressed questions about in-game purchases and refunds for their versions of the game. The same information was shared on the game’s Steam Store page as well.

When will Gameforge stop servicing Tera?

Why is Tera shutting down?

Will there be any kind of migration options for players? What will happen to our accounts, currency and progress?

Will there be any refunds for purchased/remaining currency or TERA Club?

What will happen to the forum and the TERA Social Media channels?

As of August 2022 no confirmation had been made about the future of TERA on PlayStation 4 and Xbox One, however the game continues to be updated on these platforms. Bluehole Studio/KRAFTON has maintained the game themselves on both platforms since 2018. Although the support page for the console releases hasn’t been updated since 2020 the official homepage continues to post discount sales and server management updates periodically.

Get ready for the action-packed challenge of your life in TERA! Your adventures in this breathtaking universe will push the very boundaries of the genre. With its True Action Combat system, you need to aim and dodge to cast spells, land your attacks and avoid taking damage. Timing and tactics are key to victory in this game!

Make your mark on a stunningly beautiful world, entering into epic battles with your teammates, assuming the role of a raging Berserker, a vengeful Reaper or a benevolent Priest. Join your friends to take down BAMs – Big Ass Monsters – who are as bloodthirsty and powerful as they are massive. Explore countless multiplayer dungeons, huge battlegrounds, or delve into open world PvP with an array of seven races and 13 classes to choose from.