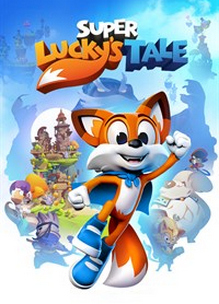 Although Playful Corp. initially promised that the original game and DLC wouldn’t be delisted, it appears that changes to the publishing terms between the two versions required it to be removed from sale and somewhat stranded in Game Pass. It is possible that after the terms of the Game Pass deal expire Playful Corp. could relist the game but this doesn’t seem likely.

“Super Lucky’s Tale” is a delightful, playground platformer for all ages that follows Lucky, the ever-optimistic, energetic, and lovable hero, on his quest to find his inner strength and help his sister rescue the Book of Ages from Jinx. Jinx is the scheming and mysterious villain trying to reshape the world, but for what reason?

Along the way, encounter a hilarious supporting cast of friends and adversaries. Lucky must confront the nefarious Kitty Litter, Jinx’s mischievous kids – self-taught villains who might not be getting Jinx’s plans quite right. Lucky meets friends and allies along the way too. He meets misplaced Yetis, Kookie Spookies, a village of farming worms, and other colorful friends inhabiting the Book of Ages.

Head back to the era of classic platformers with challenges players of all skill levels and all ages can enjoy.