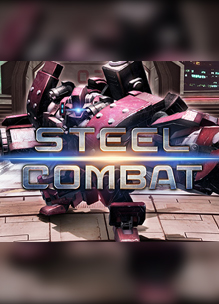 “Take control of giant robots and engage in steel-to-steel combat! Steel Combat is a robot fighting game built from the ground up for VR. Choose from a roster of metallic warriors each with unique abilities and go on heated battles with rival ‘bots!“