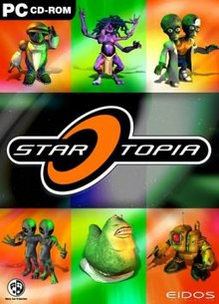 Startopia was relisted on Steam on June 22nd, 2020. According to the Giant Bomb entry for the game’s new publisher, My Little Planet Ltd, one of the original Mucky Foot founders (presumed to be Guy Simmons) has attained the rights to both Startopia and Urban Chaos and returned them to sale on Steam. Both titles next returned to sale on GOG.com on January 19th, 2021. Our original delisting details follow.

Startopia was delisted from Steam on May 21st, 2020 and from GOG.com on May 27th, 2020. On GOG.com its removal was announced earlier the same day:

“We’d like to inform you that Startopia will be delisted from our catalog today, May 27th, 5pm UTC. For everyone who purchased it prior to delisting, the game will remain in their GOG library.”

The delisting could be related to the 2020 release of Spacebase Startopia from Kalypso Media and Realmforge Studios. Kalypso has worked with Square Enix in the past who were the previous owners of Startopia after they acquired Eidos Interactive in 2009. It appears that Square Enix may have sold the rights to Startopia to Kalypso and removed the original game as part of the deal.

“A once thriving network of space stations and planets have been left lifeless, redundant scars of the apocalypse. Into this age of darkness comes light. You will lead the way in rebuilding the network of space stations to a standard accepted by the individual alien races, attracting them to harness their expertise and research new technologies. Thus begins the hilarious battle of wits and cunning, full of daring escapades.“