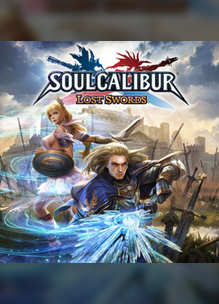 Bandai NAMCO announced on September 2nd, 2015 that Soulcalibur: Lost Swords would shut down on November 30th, 2015. By October 27th the game was removed from the PlayStation Store according to a forum thread on PlayStationTrophies. The Google Translated post regarding the shutdown as posted on the Soulcalibur website reads:

■ Thank you for using “SOUL CALIBUR Lost Swords”.
“SOULCALIBUR Lost Swords” has been used by many people since the service started, but unfortunately, the service will be terminated on November 30, 2015. We would like to express our sincere gratitude to everyone for their patronage. The schedule for the end is as follows.

◆ October 27, 2015 – End of sales of “Treasure Box (1 piece, 6 pieces, 12 pieces)” “Maximum number of comrades UP” “Maximum number of equipment BOX / accessory BOX UP”
* Regarding the actual sales suspension date and time , It may be slightly different depending on the area of ​​play.

Although it is a short period until the end, we look forward to your continued support of “SOULCALIBUR Lost Swords”. If there are other follow-up reports, we will notify you on the in-game INFORMATION, official website, etc.

No explanation was given for the game’s closure, but low microtransaction sales and poor critical reception may have led to Bandai NAMCO shutting down the game.

For the first time ever, take up your weapon and join the epic world of Soulcalibur for FREE! Choose from one of your favorite characters of the franchise and journey through an epic tale of suspense and excitement. Find your opponent’s weakness and crush them with one of many devastating elements for a chance to uncover hidden treasures. Use them to customize your characters to truly make it your own unique tale.

Thanks to HandMaskTar and Wakayama_PT for the info on this title