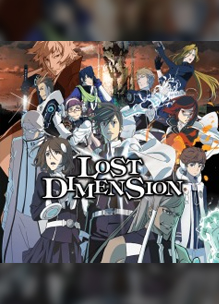 Lost Dimension appears to have been delisted on PlayStation 3 and PlayStation Vita throughout March of 2021. The game’s disappearance in North America was first pointed out to us on March 5th, 2021 and we then confirmed that it was delisted in Australia and Europe by March 22nd. The Japanese versions have also been delisted, and though timing is uncertain, it likely took place around this same period.

Although several parties were involved in publishing the game around the world, the apparent simultaneous delisting suggests expired licensing, perhaps of music or vocal performances featured in the game. Lost Dimension was released on Steam two years after the console versions and remains available as of this writing, suggesting that the license may have been extended there. The Steam version could then be delisted as well, possibly at some point in 2023 if the licensing period is the same as the console releases.

Climb the enemy-filled tower, find the traitors in your team, and defeat The End to save the world in Lost Dimension!

The world is driven to chaos when a mysterious tower suddenly appears. In the tower resides “The End,” a person who threatens to destroy the world. To stop him, SEALED, a special forces unit of psychics, is created.

You are a member of SEALED and the newly minted leader of a group tasked with scaling the tower and stopping The End. Create a team strategy and synergize your 11 team members’ abilities to get past the enemies of the tower! In addition to fighting, remember to develop bonds in between battles, as that is key to finding the traitor in your midst. Once you reach the Judgement phase, you’ll be forced to eliminate your enemies (or allies!) on each floor until you reach the top. Each playthrough will have different results, so don’t get too attached to anyone.

Keep your friends close, but your enemies even closer. What will happen when you reach The End?

Thanks to SpriteCell for submitting this game to the site