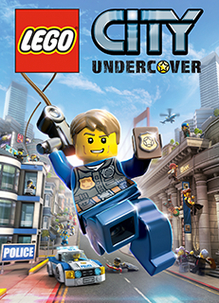 LEGO City Undercover for the Nintendo Wii U and LEGO City Undercover: The Chase Begins for Nintendo 3DS were both delisted worldwide on December 22nd, 2020. The game pages on Nintendo’s sites and a Nintendo Support page were updated with the following notification:

Both titles were published by Nintendo and appear to have been timed exclusives. In the case of LEGO City Undercover, Warner Bros. Interactive would not announce plans to bring the game to other platforms until 2016. LEGO City Undercover: The Chase Begins was not brought to any other platform. It would appear that Nintendo’s exclusive publishing rights for these releases expired and Warner Bros. Interactive did not seek to renew their listings.

In one of the most expansive LEGO® videogames to date, players become Chase McCain, a police officer who goes undercover to hunt down the notorious – and recently escaped – criminal, Rex Fury, to put an end to his city-wide crime wave. This open-world LEGO® adventure allows fans and newcomers to explore the sprawling metropolis that is LEGO® CITY with more than 20 unique districts to investigate, filled with car thieves to bust, vehicles to navigate, mischievous aliens to capture, hilarious movie references to discover, lost pigs to rescue and of course, hundreds of collectibles.