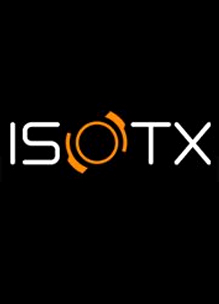 All ISOTX games were delisted on Steam by late March 2016. The studio reportedly dissolved in late 2015 and allegedly filed for bankruptcy in early 2016. According to fans, all of the March of War titles (March of War, MoW: FaceOff – M, and MoW: FaceOff – XL) were shut down on February 1st, 2016. Iron Grip: Warlord remained available until late March of 2016 before its price was set to $0.00. Years earlier ISOTX announced that its predecessor, Iron Grip: Marauders, would be shut down on July 23rd, 2014. The list below includes ISOTX’s titles that were released on Steam with links to their respective SteamDB page.

A handful of fan efforts have been under way for years to recreate or port ISOTX titles to new platforms. Remaining players and fans maintain a Discord server for the Iron Grip and March of War franchises.

ISOTX is an upcoming video game company known for thinking outside the box and a huge passion for gaming. We’re all about creating one hell of a gaming experience, the kind you remember years down the road. If you like our games, spread the word, and let us know!


Thanks to UNSOCIAL96 for submitting this game to the site