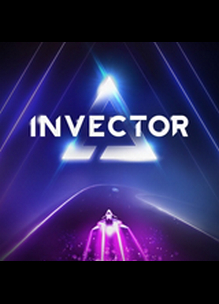 Invector was delisted from PlayStation 4 no later than December 10th, 2019. This is the date that the game was released on PC, Steam, and Xbox One, and re-released on PlayStation 4, under the title of Avicii Invector. Originally published by Hello There themselves, the game’s rebranding was handled by Wired Productions and the game was released across more platforms.

Invector was likely delisted to avoid consumer confusion between the two releases and to simplify support to a single title. Hello There has confirmed on Twitter that anyone who previously purchased Invector should be able to find Avicii Invector in their PlayStation 4 Download List for free.

“Turn up the volume and take rhythm gaming to new heights, all the way into space. Fly solo or party with friends in a split screen race, as you join space pilot Stella on her journey from one stunning world to the next. Each hit song you play offers on the note level design and three difficulties to master. In an exclusive collaboration, INVECTOR features superstar AVICII, one of the world’s biggest EDM artists, experienced like never before.“