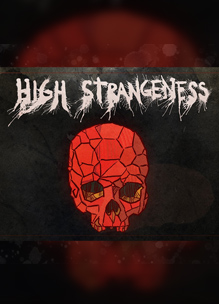 High Strangeness was likely delisted on Nintendo Wii U in North America between February of 2017 and 2019. The last Archive.org capture showing the game as available was on February 17th, 2017. By February of 2019 the page had been removed. It seems likely that the game was delisted from the European Wii U eShop around this same time.

The cause for the delisting is uncertain but falls within a known period where several releases were being removed from the platform, allegedly because Nintendo of America was no longer renewing developer/publisher licenses. With only two Wii U releases to their name, Midnight City may also have chosen not to maintain their standing as a publisher in North America.

High Strangeness is a hybrid of 8 and 16-bit games – a 12-bit adventure. The inspiration of the game comes from many action-adventure and RPG games of yesteryear. The game switches between 8 and 16-bit worlds, while the player uses their generational differences to solve puzzles and explore the universe. Throughout the game, your pixel-art perspective of the world will be infused with visions of watercolour illustrations that shed some light on your mysterious surroundings. The chiptune soundtrack backs up the aesthetic of the world, and sets the mood for strange happenings.

Thanks to Erik DeWitt for submitting this game to the site