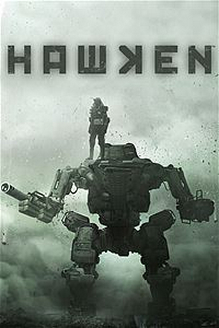 The Hawken Team announced on the official Facebook and Steam pages on October 2nd that the Steam version of Hawken would be removed on January 2nd, 2018. At the time, no information was given regarding the future of the console versions of the game whose DLC and microtransaction content remained on sale. The Hawken team’s full statement follows:

The reason for shutting down the game is likely due to the continued low player count. According to chart data from SteamDB there have been just over 100 daily players in the game since the beginning of 2017. Going by those same charts, active daily players had been on the decline as far back as Spring 2015. Fewer players means fewer in-game transactions and the profits likely couldn’t cover the costs to maintain the game and support staff.

“Over 30 Mechs at launch, and more to come! — Determine your method of mass destruction. Pilot lightweight assassin-like mechs or wade into the thick of action with heavy bruiser mechs. Every mech is unique and can be tailored to fill a variety of distinctive roles on the battlefield.

Exceptional customization — Arm your mech with massive sniper rifles, powerful cannons, explosive rocket launchers, and much, much more. Select from among a wide array of upgrades, enhancements, consumables, and cosmetics.

9 stunning environments — Experience a planet in the depths of war. Battle across decaying cityscapes, post-apocalyptic wastelands, and more.