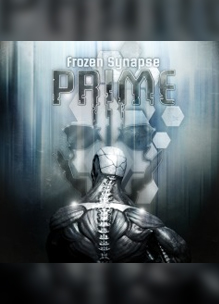 Developer and publisher Double Eleven announced on December 2nd, 2020 that Frozen Synapse Prime’s multiplayer features and dedicated servers would be shut down on March 11th, 2021. The game was removed from sale on Steam the next day. The brief Steam announcement follows:

We will be deactivating our Frozen Synapse Prime dedicated servers on 11th March 2021. This means that all Online Modes will be unplayable and will be innaccessible from the Main Menu. You will still be able to enjoy all single-players modes and the game will not be removed from your library to download. We’d just like to thank everyone who has enjoyed Frozen Synapse Prime since it’s release back in 2014.

By December 25th, 2020 it was delisted on the PlayStation Store in Australia and Europe although the ‘Frozen Synapse Prime Soundtrack Edition’ bundle could still be purchased from the PlayStation Store website. The standalone versions of the game remained available in Japan and North America until March of 2021. As of May 2022 the Soundtrack Edition bundle remains available exclusively in North America and has since been delisted in Australia, Europe, and Japan. English-language PlayStation Store pages for the game were updated with the following notice in 2020:

Frozen Synapse Prime will be unavailable to purchase from the PlayStation Store and dedicated online servers will be shut down from 11th March 2021. All Online Multiplayer will be inaccessible but will still appear in the Main Menu. You will still be able to download the game from your library and enjoy any single-player modes.

Frozen Synapse Prime was previously delisted on iOS and Android. The delisting is likely related to licensing of the Frozen Synapse property from its creators at Mode 7. The operating costs of dedicated servers, which have been sparsely populated since the game launched, likely contributed to the delisting. The Soundtrack Edition‘s continued availability on the North American PlayStation Store is likely an oversight and could disappear at any time.

Take on the role of Tactics, leading a small rebel faction to overthrow a powerful corporation controlling the city of Markov Geist. Control an elite strike team of futuristic soldiers from shotgunners and snipers, to grenadiers and machine-gunners in the ultimate turn-based strategy game. Plot paths and issue orders to your units, test your plans and predict your opponent in each turn. Combat plays out on procedural, 3D, destructible and customizable battlefields.

Thanks to @MckissickAllen for submitting this game to the site