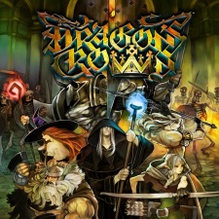 Dragon’s Crown for PlayStation 3 and PlayStation Vita was most recently delisted across European territories around March 22, 2017. The game was first delisted in late June of 2016 with NIS America’s European Twitter account initially explaining that “our license expired for Dragon’s Crown and we were forced to remove it from the PSN store”. Direct replies to frustrated gamers suggested they contact Atlus and later an Atlus rep told Eurogamer that they were looking at ways to get Dragon’s Crown reinstated.

The original tweet was soon deleted and replaced with a retraction on June 30th, 2016: “we sincerely apologize for the previous misinformation about Dragon’s Crown on EU PSN.  We have more information forthcoming.” Just ninety minutes later the account tweeted again with an official statement:

“With regards to our previous statements on Dragon’s Crown for the European PSN, we must extend our deepest apologies to Atlus and the European fans regarding the incorrect information about the removal from this store.

The removal of Dragon’s Crown from the European PSN was part of NIS America’s and Atlus’s mutual agreement on this title. We are happy to announce that Dragon’s Crown will be available directly from Atlus in Europe through PSN.

The game would not return to the European PlayStation Store until February 23, 2017 at which time the publisher was changed from NIS America to Atlus. Approximately one month later (according to posts on NeoGAF and Twitter) the game and its DLC were removed again. No statement was made by Atlus, NIS, or Vanillaware about the game’s brief return or removal. Dragon’s Crown remains delisted in European territories as of August 2017.

“2D multiplayer action for PS Vita & PS3 from the makers of Odin Sphere. Vanillaware’s latest and greatest techniques meet HD generation consoles, allowing intricately detailed 2-D artwork to come alive and present a gameplay experience that is unlike any other. Redefining the concept of 2-D graphics, the most beautiful 2-D Action is on the PlayStation®3 and PlayStation®Vita.“

Unparalleled HD visual design: From the maker of Odin Sphere, Vanillaware painstakingly hand-paints every detail—creating a lush, vibrant storybook aesthetic where everything is animated in gorgeous full 1080p HD.
Play as 6 unique character classes: Choose from 6 fantastical characters—each possessing different abilities and strengths that will aid you as you traverse through the darkest of dungeons.
#Up to 4 person multiplayer action: Play cooperatively to overcome your foes with up to 3 of your friends locally or via PlayStation®Network on the PS3 or PS Vita. Each time players adventure together, they can expect a different experience and hours of satisfying adventuring. Cross-platform play is not supported, but players can engage in local and online multiplayer. Loot galore:Dungeons aren’t just about the fighting! Unseen treasures are hidden inside locked chests, and they can be appraised to determine their strength. See if you can find rare treasures!
Customize your journey: Earn Skill Points by completing quests or leveling up, and use them to enhance your character’s abilities with common and class-specific skills!
Dungeon variety: Monsters won’t be the only obstacles on your journey. Dungeons also contain traps and hidden rooms! Explore the dungeons and conquer them all!

Thanks to T87 for submitting information on this game to the site.