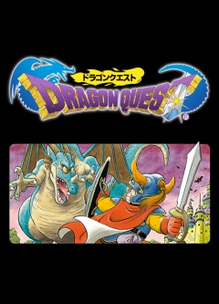 Dragon Quest (Free) was available exclusively in Asian territories between July 29th, 2017 and January 28th, 2018 on PlayStation 4 and Nintendo 3DS. The game was awarded to players who entered the “Spell of Restoration” that appeared in the credits at the end of Dragon Quest XI: Echoes of an Elusive Age.

The same version of the game was released for sale on both platforms in August of 2017 and later came to the Nintendo Switch. The “Free” version has a separate set of trophies from the paid version on PlayStation 4.

“Dragon Quest is one of the first console RPGs (role playing game). The player controls a single character who is able to travel from town to town exploring on his quest. He can equip various weapons and armor and battles enemy monsters in one-on-one combat. As more enemies are defeated, the hero becomes stronger and able to explore greater distances as he completes his quest. Ultimately, the hero must defeat an evil boss marking the end of his adventure. This game formula was replicated in most, if not all, console RPGs.“
– Dragon Quest Fandom