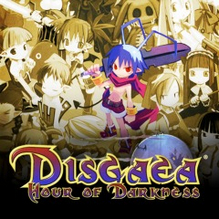 The PlayStation 2 Classics version of Disgaea: Hour of Darkness was delisted from PlayStation 3 no later than March of 2015. This is the last time that the game was on sale and mentioned on the North American PlayStation Blog. The game may have been delisted early in 2016 to incentivize players to buy the new Steam edition, titled Disgaea PC.

Iterations of the original game with various added content can still be purchased for PC, PlayStation Portable, and Nintendo DS, as well as the 2018 re-releases for PlayStation 4, Nintendo Switch, and Steam.

“The Netherworld – a realm darker than the deepest abyss, located far beneath where mortals tread.

Two years after the death of King Krichevskoy, Netherworld ruler. His son Laharl awakens from deep sleep, unaware of his father’s death. Scheming demons vie for supremacy. Prince Laharl must fight to regain the throne.“