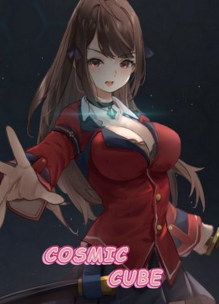 Developer Arigatonasu announced on May 27, 2022 that Cosmic Cube would be removed from Steam to be replaced with a newer version, simply stating “A new version is in production, ready to remove this version of the game“. Cosmic Cube was delisted from Steam the next week on June 5th, 2022. The game was likely removed for quality control, with reports of softlocks and broken achievements being found on the game’s community page.

2D horizontal act game
You can control the heroine to use various skills and props to destroy the enemy.

Game introduction：
An experimental body (player) waking up from the laboratory.
I found terrible enemies everywhere.
Wipe out all enemies on the way out of the Institute.
Explore the laboratory and understand the history of the laboratory.