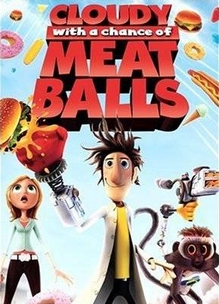 Cloudy With a Chance of Meatballs was delisted from Steam and Xbox 360 some time between the end of July 2012 and early 2013. The game was included in a European ‘Games on Demand’ sale on Xbox 360 that ran through June of 2012. Archive.org captures next show that it was still available as late as July 18th, 2012. On Steam, the game’s “Store Asset” was last updated in December of 2012, potentially taking it offline around this time. However, Steam Community forum discussions questioning the game’s availability didn’t begin until March of 2013.

The game was almost certainly delisted due to expired licensing of the Sony Pictures Animation film but could also coincide with the release of Cloudy With a Chance of Meatballs 2 which was published by GameMill in 2013. The connection to Sony may also explain why the PlayStation Portable version of the game has remained available to buy years later.

“Play as Flint, the hero-inventor who creates a machine that causes food to rain from the sky. When the machine spirals out of control and creates a mess of gigantic ‘portions’, it’s up to you to save the world from a food-tastrophe!