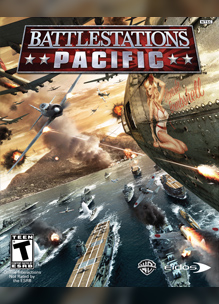 By February 25th, 2021 Square Enix had removed Battlestations: Pacific, Kane & Lynch: Dead Men, and Legacy of Kain: Soul Reaver from Steam. Each store page was updated with the same notice stating that “Square Enix has temporarily removed this title from sale to work on some important updates. Please check back soon!”. The updates in question likely relate to the Games For Windows – LIVE backend that was incorporated into Battlestations and Kane & Lynch. Soul Reaver’s delisting appears to be related to compatibility and performance issues on modern hardware. Although Square Enix promised that the delistings were temporary and to “check back soon”, as of December 2021 no news has been provided on the titles’ status or return to sale.

Microsoft retired the GFWL service in 2013 but kept some functionality online for existing titles until early 2020. Most notably, Rockstar delisted and updated Grand Theft Auto IV in January of 2020, revealing that Microsoft was no longer supporting the GFWL service. According to an uncited section of the service’s Wikipedia page, the Windows Live Sign-in Assistant was removed from the server in 2020 causing installations of GFWL to fail. This would cause many games to become unplayable without workarounds discovered by players or official updates by the publisher.

Experience one war through two epic sagas where you will be a part of history or change it. Feel the power of the historically authentic and decisive battles of the Pacific War. Relive some of the grandest and most critical naval battles of recent history and for the first time, choose to lead your fleet to a completely different ending to the war. You will need intelligence and expertise to plan your moves and constantly remain one step ahead of the enemy. With both strategy and action at your command truly anticipate your opponent’s every move and turn the tide of war.