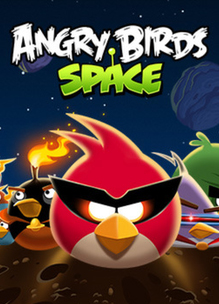 Angry Birds Space was delisted on Steam on December 19th, 2018. A Rovio support page from February of 2020 confirmed that older, unsupported entries in the series had been removed to focus resources on newer titles. This confirms that Rovio’s dedicated PC version of the game was delisted at that time although it may have been removed closer to the Steam delisting in 2018. Versions for iOS, Android, and Amazon remain available despite the wording of Rovio’s response:

Some of the older Angry Birds games have remained unchanged for quite some time while we have directed our focus to our newer titles. Rather than continually updating these older games to remain compatible with changing devices and marketplace requirements, we have decided instead to focus on providing incredible experiences in our active games. This means that Angry Birds Space will not be available for download any more.

The #1 mobile game of all time blasts off into space! Play over 300 interstellar levels across 10 planets! Whether it’s the icy orbs of Cold Cuts, the volcanic explosiveness of Red Planet, Utopia – a planet made entirely of junk food, or the new Brass Hogs episode ruled by evil Hektor Porko, each episode offers intergalactic fun at every turn! And the low-gravity environment of space results in spectacular gameplay ranging from slow-motion puzzles to lightspeed destruction. With brand new birds, special abilities, and a whole galaxy to explore, the sky is no longer the limit!