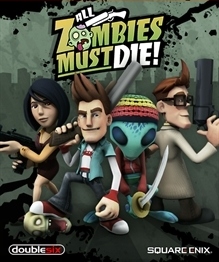 All Zombies Must Die was delisted from Xbox 360 in mid-November of 2014 according to reporting from TrueAchievements.com. The PlayStation 3 version was likely delisted around this same time. On Steam, it was delisted no later than December 12th, 2014.

“Boom, headshot! You’re all that stands between 6 billion zombies and the world’s supply of delicious, supple head-candy. Guide up to four players through the town of Deadhill and blast your way through ranks of brain-hungry monsters, making bizarre weapons and completing crazy quests. Imagine non-stop action vs the fun bits of an RPG, including classes, levelling, crafting, loot and an unrelenting, undead army. So reload your shotguns and lock up your brains: All Zombies Must Die!“