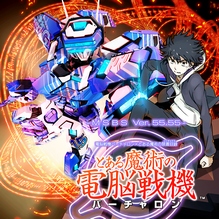 Sega announced on March 20th, 2019 that A Certain Magical Virtual-On would be removed from sale, both physically and digitally, the following day on March 21st. The Google translated announcement (with a little added cleanup) read:

Thank you for using our products from time to time.

PlayStation®4 software for sale, PlayStation®Vita software “Toaru Majutsu no Index x Dennō Senki Virtual-On: Toaru Majutsu no Virtual-On” (A Certain Magical Virtual-On). We will temporarily stop selling both the package version and the download version from March 21st on March 21 due to various circumstances.

We apologize in advance for any inconvenience caused by the sudden announcement.

In addition, there is no change in the correspondence to “XVCD-18-b 18 type control device” Twin Stick, which is scheduled to be released from Tanita Co., Ltd., and the release schedule of “Cyber ​​Fighter Virtual On” series 3 titles.

Thank you very much.

Although the announcement states the delisting is only temporary, no news has been issued by Sega up to the point of this writing.

A Certain Magical Virtual-On is a collaborative side-story written by Kazuma Kamachi, the creator of the light novel series A Certain Magical Index. The manga was released on May 10th, 2016 and turned into the 2018 PlayStation 4 and Vita title by Sega AM3 and Dengeki Bunko.

Thanks to GreenViper8 for submitting this game to the site