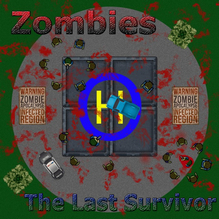 Zombies: The Last Survivor was delisted on PlayStation Vita no later than March 24th, 2018 when it was submitted to the site by reader Carbon_Lancer. In the game’s limited coverage on YouTube and PlayStation Store focused blogs it received overwhelmingly negative reactions. The game may have been delisted much closer to its 2016 release date for not meeting PlayStation Store certification.

It is worth noting that the game was released to the main PlayStation Store in three territories even though its quality was much closer to the offerings on the retired PlayStation Mobile marketplace.

The game contains only 4 weapons (Normal Gun, Submachine, Shotgun, Mines). Using the dual sticks, players move with the left and aim with the right. There are 16 levels to complete (listed as days), spanning various settings to cross.”