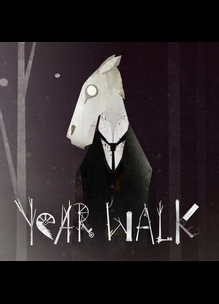 Year Walk was last confirmed to be available on the Nintendo Wii U eShop in North America in late September of 2017. However, at this time the date of delisting is uncertain but may have taken place later, between 2018 and 2019. This timeframe marks a known period where several independently published releases were being removed from the platform, allegedly because Nintendo of America was no longer renewing their developer/publisher licenses.

Lose yourself in an ancient rite which bleeds from the TV screen into our world through the Wii U™ GamePad. Set out on a vision quest to foresee the future and use the screen in your hands to study a mysterious folklore encyclopedia, decipher hints and take notes. Solve tactile puzzles using motion controls, and listen for clues through the GamePad.

Unravel the mysteries which lie between fact, fiction, past and present in Year Walk.