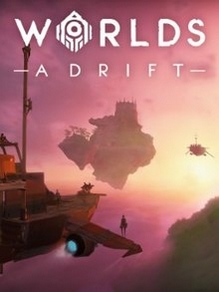 Bossa Studios announced on May 29th, 2019 that Worlds Adrift would be shutting down as it was no longer financially feasible for Bossa Studios to continue running the game. The End of the World event would later be announced to take place on July 26th, 2019 after which the game and all servers would be shut down. The initial announcement from May 29th follows:

At Bossa Studios we love taking risks and making stuff that no one dares to do in order to create great original experiences for players. Worlds Adrift was an ambitious undertaking for us: a community crafted MMO built on freedom and player agency with multiplayer physics, set in a huge world. We are proud of what we achieved with the game since development began five years ago out of a humble game jam.

We are immensely grateful for every Traveller that’s come to experience this community crafted world. However, Worlds Adrift just hasn’t reached the level of popularity it needs to continue. The challenges that came with our ambitious project meant that all our work went into making the game work rather than making it the experience we wanted it to be. As a result we failed at making a game that could capture the imaginations of millions. Creating an MMO like Worlds Adrift is a huge financial commitment and unfortunately the game is just no longer commercially viable.

What does the end of Worlds Adrift mean for its community?

Bossa Studios will be continuing as a developer and publisher of games, but Worlds Adrift is coming to a close. To provide a special experience in the game’s final months, all the cosmetic items in the in-game shop will be given out to every player. Additionally, Worlds Adrift Founder Captains will receive a free copy of Surgeon Simulator and I Am Bread as a thanks for joining this journey, and to give a glimpse into the kinds of experiences we’re looking to create going forward. Founder Captains’ names will also be immortalised on the game’s website, which will remain live as a tribute to the world we’ve built together.

Worlds Adrift will not be sailing quietly into the night. We will host an End of the World event which will be live streamed on Twitch and will feature an AMA with the team. The exact date and details of this event will be announced here and on our other community channels (Twitter, Facebook, Steam Forum and Discord) soon.

We know you’ll have questions, so please take a look at our extensive Q&A below [here].  If you can’t find the answer to your question there, then please contact us.

We’ve really appreciated all your feedback on Worlds Adrift throughout development and we’d love your ongoing support with our unannounced titles. Our Bossa Studios Creator Club is a group where like-minded and also not-so-like-minded individuals help us make the very best games we can, through surveys, playtests and more. Anyone can join the Creator Club and you can find more details on how to do so here.

Thank you all for joining us on this incredible journey,

The Worlds Adrift Island Creator remains available as a free download on Steam. Players can continue to craft in-game islands although they can no longer be imported into the game.

“The world is in pieces, shattered from a calamity that time has since forgotten. It now falls to you to journey across its perilous skies, foraging the remains of past civilisations. Rally a crew. Build a skyship. Conspire with others to overthrow those that would oppose you, and ultimately find fame… or infamy. The future of Foundation will be shaped by YOUR actions – will you help unite the world, or let it drift further into chaos?

Worlds Adrift is a truly ambitious undertaking that’s redefining the genre through its use of crowdsourced content. Not only the world’s first Community-Crafted MMO, having been designed for and ultimately shaped by its passionate fanbase, it also marks a technical breakthrough as the first game to employ the exciting possibilities of SpatialOS; a platform allowing for the physical simulation of skyships with unprecedented customization options. Offering an entirely user-generated environment, the sheer scale of its scope, and beauty of its design, is an invitation to explore. To discover. To unearth…“

Thanks to S10/S10MC2015 for submitting this game to the site