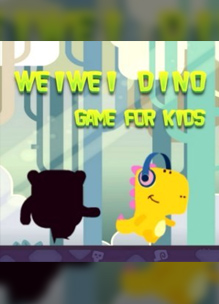 WeiWei Dino Game For Kids was delisted on Xbox One between April and September of 2021. The last Archive.org capture that shows the game was available was taken on April 11th, 2021. It was submitted to the site on September 14th, 2021 at which point it had already been delisted.

The submitter pointed out that the game was taken down after a DMCA notice was filed by one of the developers of The Case of Scary Shadows. This game was originally released as a free Flash title in 2016 and is credited to Ticklebot. WeiWei Dino Game For Kids bears more than a passing resemblance to that game and was clearly copied almost exactly from The Case of Scary Shadows. Developer/Publisher WEIWEIDINO GAMES’s only other credited title, Xmas Adventure For Kids, looks to have also been delisted around this same time.

An agile game full of childishness. You need to control WeiWei Dino to avoid shadow monsters and get as many burgers as possible.The game supports touch screens, keyboards and gamepads. Let’s go. Have a good time.