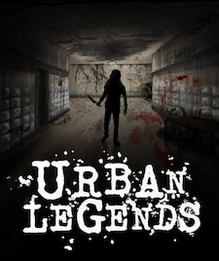 Urban Legends was delisted from Steam on November 22nd, 2016. The game was approved in May of 2014 after debuting on Steam’s Greenlight program one month earlier. Urban Legends initially launched in Early Access on January 30th, 2015 but by June 15th it had only received one update. The price was reduced and “huge” update promised but progress slipped from June, to July, to October before the team announced that the game was changing engines and being mostly rebuilt.

On March 15th, 2016 El Falcon (presumed to be co-founder Danilo Nunes) announced that the game was no longer an Early Access title, stating that “we did not want to share in Early Access because we felt that was holding your development […] so we aimed for the full release”. Nunes asked for more patience from players who had already purchased the game. Updates, outside of sporadic bug reports in the forums, ceased until seven months later when El Falcon announced on October 20th that the game was going to be removed from sale:

It’s with grief that we announce the unexpected end of the Project Urban Legends and, soon, it’s removal from Steam store.

We do not have words to express how this decision was hard and discouraging to our team, and those who were expecting the full game. When the development started, we were confident that we would finish the game on the scheduled announced. But serious and sudden problems delayed us, making the conclusion of the project extremely complex. Our team and budget got smaller; the size of the game was too ambicious for the resources we had. We don’t want to make excuses, we have full knowledge that our problems and difficulties should not be a concern to our customers and, more than that, our supporters. We know the value of your trust, and that is the reason we refuse to deliver a game we don’t think is good enough for the players.

So we are asking for all those who bought the game to contact us, and send the receipt. We pretend to award your support with benefits in our next projects: we gonna give every player (that proved Urban Legend was bought), access to the beta of our next game and, also, a free key to the game Room 404, if wanted.*

Again, we are sorry that things didn’t went as planned. But we ensure our company it’s going through an entire restructuring, and with the experience we gained, this kind of situation will never happen again. We ask for one more leap of faith, and reiterate all the respect we have for this community and all the players that make part of it.

If you bought Urban Legends, IT WILL NOT be removed from your Steam library.

Based on later forum posts it appears the promise of keys to Room 404 were not completely honored. However, it would soon become apparent that Room 404 was also a short-lived endeavor.

“What would you do if you were looking for revenge and ended up involved in something unexpected, far beyond what you imagined? That is the story of P.J., a journalist that finds himself trapped in an abandoned hospital, searching for answers about his past. Desperate and afraid, he is now face to face with a assassin, Jeff the Killer. A game that brings a new meaning to the word thriller. Prepare for sleepless nights and risk yourself in the world of Urban Legends.“