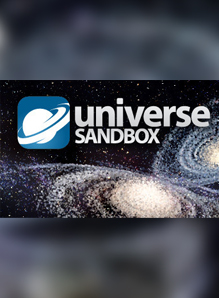 Universe Sandbox was removed from Steam on November 4th, 2016. At that time its price was reduced to $0.00 meaning the page is still accessible on Steam today but the game cannot be purchased. Through February of 2017 the “Legacy” edition of the game was available to download directly from the developers site but was later removed with a note that “Universe Sandbox Legacy is no longer available for purchase or download”.

“Universe Sandbox ² is a complete rewrite of the original. In development for 3 years, it features improved gravity physics, collisions, climate, material compositions, stellar evolution, and supernovas.”

In February of 2020, Giant Army changed the name of Universe Sandbox² to simply ‘Universe Sandbox’. Our game page has been updated to reflect the original, delisted “Legacy” edition.

Unlike most astronomy software that just shows you what the sky looks like or where the planets are, Universe Sandbox is a powerful gravity simulator. You can add another star to our solar system and watch it rip the planets from their orbits.”