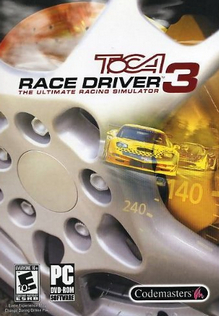 ToCA Race Driver 3 was delisted from GOG.com on May 29th, 2009 and from Steam no more than one year later in May of 2010. In both cases the delistings were ultimately related to expired licensing between Codemasters and the automobile manufacturers featured in the game.

However, the earlier delisting on GOG.com seems to be related to a separate arrangement between the site and Codemasters which would have resulted in the game (along with Colin McRae Rally 2005) being removed from players libraries. Earlier in 2009 owners of these games received an email from GOG.com explaining that they would not only be removed from sale but also from GOG’s servers. This would mean that players would no longer be able to download them and the site urged owners to back up their copies of the games before August 29th (for ToCA) and October 29th, 2009 (for Colin McRae).

Leading up to this deadline, another forum thread shows GOG.com team members discussing the ongoing work to keep the games on their servers. GOG.com forum members continued posting updates on the titles’ availability through January 2010 at which point the games seemed to still be available to re-download for those who already owned them. Just a few months later ToCA would be removed from sale on Steam. It is unclear if the ability to re-download these titles was removed on either platform after this point.

“ToCA Race Driver 3 takes the variety of motorsport experiences available in Race Driver 2 and expanding on it even further, so no matter your taste in racing, you’ll find something to suit you.

Featuring the British GT championship, series stalwarts the DTM and Aussie V8 Supercars, Sprint Cars, Rallying, and open wheel racing all the way from karts to the BMW Williams Grand Prix Cars and much more, ToCA Race Driver 3 has something for everyone.

Race on tracks from all over the world, take the story-driven “world tour” mode if you want to get straight to where the action is, or for the people wanting the nuts and bolts, take the “Pro Career” mode and work you way up the ladder in different disciplines of motorsport, aiming for the pinnacle of your chosen field.

TOCA Race Driver 3 is delivering an incredible gaming experience for the drive of your life. Are you brave enough to finish every competition with pedal to the metal? Discover the world of fastest cars and furious drivers!“

Thanks to sayfoo for submitting this game to the site