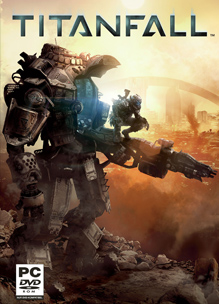 Respawn Entertainment announced on December 1st, 2021 that the original Titanfall was being removed from sale that same day and that it would be leaving subscription services, namely EA Play, on March 1st, 2022. Respawn gave no explanation for the decision but did promise to keep servers active for existing owners. The full statement follows:

Titanfall is part of our DNA at Respawn. It’s a game that showcased the ambitions of the studio when it was first released more than 7 years ago and it continues to be a beacon of innovation that we strive for in all of our games.

We’ve made the decision to discontinue new sales of the original Titanfall game starting today and we’ll be removing the game from subscription services on March 1, 2022. We will, however, be keeping servers live for the dedicated fanbase still playing and those who own the game and are looking to drop into a match.

Rest assured, Titanfall is core to Respawn’s DNA and this incredible universe will continue. Today in Titanfall 2 and Apex Legends, and in the future. This franchise is a north star for the caliber of experiences we will continue to create here at Respawn.

Thank you from the entire Respawn team

Polygon offered a likely possibility for the decision, citing years of DDoS attacks on the game that rendered it frequently unplayable. To bring attention to the game’s ongoing broken state, another group compromised Apex Legends servers in July of 2021 to direct players to their efforts at savetitanfall.com. Presumably, the investment required to patch all versions of the game outweighed recent profits from its sales, and so the decision was made to delist it.

Stand by for Titanfall. Crafted by key developers behind the CALL OF DUTY franchise, Titanfall is the first next-gen shooter that combines pure adrenaline, wall-running, double-jumping action with powerful, fast-paced titan warfare to set the new bar for online multiplayer gameplay. Delivering blistering fast, fluid combat that gives you the freedom to fight your way as elite, assault pilots or agile, heavily armored titans. Rethink fundamental combat and movement with new abilities to change tactics on the fly, attacking or escaping depending on the situation. Heart-pounding multiplayer action combined with dramatic, cinematic moments lets you enjoy the fiction and characters of the universe without having to leave your favorite game online multiplayer mode. Online multiplayer matches featuring both human/AI allies and enemies create an experience like none other.