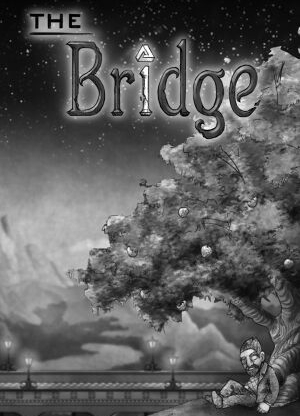 The Bridge was delisted on Nintendo Wii U in Australia and North America. At this time the date of delisting is uncertain but may have taken place between 2018 and 2019. This timeframe marks a known period where several independently published releases were being removed from the platform, allegedly because Nintendo of America was no longer renewing their developer/publisher licenses.

It is also possible that The Bridge was delisted in 2017 around the game’s debut on Nintendo Switch. However, this does not account for its continued availability on the Wii U across Europe. The Bridge did receive a physical release from Hard Copy Games but the production was limited to 600 copies. At the time of this writing only a handful of copies were available through eBay.

Re-evaluate your preconceptions of physics and perspective in The Bridge, a 2D logic puzzle game for Nintendo eShop on Wii U. Isaac Newton meets M. C. Escher as players manipulate gravity to redefine the ceiling as the floor while venturing through impossible architectures. Explore increasingly difficult worlds, each uniquely detailed and designed to leave the player with a pronounced sense of intellectual accomplishment. The Bridge exemplifies games as an art form, with beautifully hand-drawn art in the style of a black-and-white lithograph.