[UPDATED 02/17/21] The game is available now on Steam, PlayStation 4, Xbox One, and making its debut on the Epic Games Store.

Yet another Telltale Games title is coming back from the delisted graveyard. On the heels of Sam & Max, Strong Bad, Wallace & Gromit, and Texas Hold ‘Em comes a more modern Telltale classic, 2014’s Tales from the Borderlands. The Borderlands Twitter account announced on Wednesday that the game will be available on February 17th for PC, PlayStation 4, and Xbox One with backward compatibility support on PlayStation 5 and Xbox Series X|S.

It’s uncertain at this time if the currently delisted versions will simply be flipped back on or not. Given the episodic nature of the original release I’m expecting this to be an all-in-one, single purchase repackaging. That would mean that if you already own the game, don’t expect to get this new version for free. There’s still a chance the parties involved will do the work to tie past purchases to the new version but it’s more likely to happen on PC than consoles. We’ll find out for sure on the 17th when the game is back on sale. 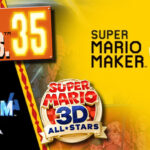 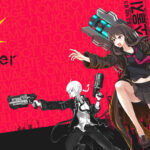 SoulWorker servers shutting down for the West, International version planned