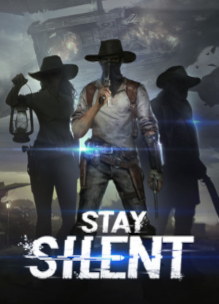 Stay Silent was shut down on September 22, 2021. The day after, NetEase removed the game from sale and announced that the game’s service would be suspended.

Thank you for your continued support and love from “Stay Silent”! Due to business adjustments, NetEase will suspend the service of “Stay Silent” at 15:00 on September 22, 2021. Thank you for your understanding and support, and sorry for the inconvenience caused to you. The specific arrangements for the suspension are as follows:

After the game server is shut down, all data and related information in the game will be deleted unless otherwise provided by law or in the agreement signed by NetEase and you.

Stay Silent was shut down due to very low player counts, with the game having only seven concurrent players during it’s initial early access launch.

Stay Silent is a western-themed multiplayer online FPS game for VR. Step into a Wild West town in the aftermath of an alien incursion. Playing as either the Marauders or the Guardians, fight against stealthy opponents on silent nights using both traditional guns and powerful alien weapons!