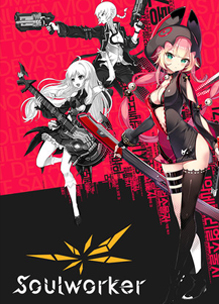 Gameforge announced on February 15th, 2021 that their english-language release of SoulWorker would be shutting down. In-game purchases were disabled on March 31st and the servers were ultimately shut down on April 30th, 2021. Gameforge’s publishing contract with developer Game Lion had ended and according to their community management team the studio “decided to go in a different direction with this title”. Game Lion followed up with an english-language post on Facebook explaining that they were working on an international version of the game to be released in the future. However, due to differences in the data between versions, and GDPR regulations, Game Lion would not be able to offer account migration. Gameforge’s announcement from February 15th follows:

Regrettably, we must announce today that the adventures in SoulWorker will soon be coming to an end: Gameforge will cease operation of the game on April 30, 2021. We will first deactivate payments and then take the servers offline a while later.

Payments
On March 31, 2021 we will disable payments for SoulWorker. From then on, you will no longer be able to top up premium currency. Of course any remaining premium currency can still be spent until the servers are shut down. Lion Games, the development studio of SoulWorker, has informed us that there are plans for an international server. However, an account transfer will not be possible.

On April 30, 2021 our SoulWorker servers will go offline. We are therefore terminating the user contracts on this date. Gameforge accounts will not be affected. You can still continue using them for our other games. Further below in this announcement you can find our suggestions for games you can play to make saying goodbye to SoulWorker a bit easier.

Together we have fought in countless skirmishes, experienced thrilling adventures and our heroism has brought a ray of hope to the post-apocalyptic world of SoulWorker. But most importantly, we’ve met new friends! We’ve always been a colourful bunch of British, German, French, Spanish, Polish and Italian SoulWorkers and formed a unique and creative community. We are grateful for the amazing time we could spend together and will always remember it fondly. We would be happy to see you again in Elsword, NosTale or any of our other games and wish you all the best!

SoulWorker has the moves to impress with rapid combat, real anime feeling and 6 unique characters. Play solo or as part of a 4-man cooperative group – both styles are well served in PvE. The quick yet intense dungeons are teeming with demons, demanding perfect timing and well-placed skill combinations. Experience this post-apocalyptic anime world with impressive cel-shaded graphics and get to grips with the depths of the souls of each unique character.

A SoulWorker’s weapon is the window to their soul. The brave Haru Estia heads into battle wielding her mighty Soulum sword, while Lilly Bloommerchen’s expression of her madness takes the form of a destructive Mist Scythe. Scarred by her sorrowful past, young Stella Unibell defends herself from all attacks with the Howling Guitar. Former superstar engineer, Erwin Arclight blasts back enemies making use of his Gun Jazz. Honorable Jin fights with both fists for justice – yet the shadows of his past constantly weigh on his shoulders. Newest hero Iris Yuma unleashes her innate wrath and the rage at the tragic fate of her family through her gigantic Hammer Stol.