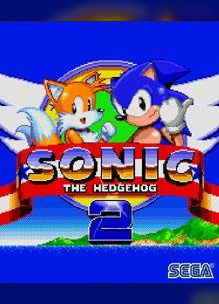 Sonic the Hedgehog 2 was initially delisted on Nintendo Wii no later than January 30th, 2019 when the Nintendo Wii Shop Channel and Virtual Console services were shut down.

Super Speed! Sonic’s back and better than ever. He’s a blur in blue! A blaze of action! With his new Super Spin Dash. And a new, fabulous friend, “Tails” the Fox. You won’t believe it ’til you see it. And when you play, you won’t stop.

All at break-neck speed! Super Power! Sonic’s attitude is can-do. The mad scientist Dr. Robotnik is planning a world takeover. Sonic gets tough in the fight to save his friends and squash Robotnik for good!