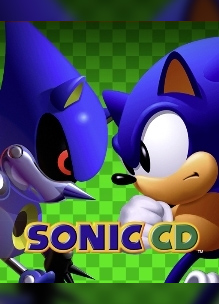 Following the classic story of the original, Sonic CD sees Dr Eggman plan to cause chaos and take control of the future by stealing Time Stones from the Little Planet. Sonic must speed through levels and travel through time while fending off Eggman’s robots to recover the Time Stones, and save Amy Rose from his mechanical twin, Metal Sonic!