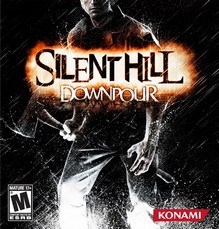 The Games on Demand version of Silent Hill: Downpour was delisted by January 5th, 2015 on Xbox 360. The last Archive.org capture shows it was available as late as December 16th, 2014.

Konami made no statement about the game’s delisting but there are a few potential factors that could have led to its removal. The most probable is a potential licensing issue surrounding the game’s theme song, “Murphy’s Theme”,  which was performed by the band Korn. It may also have been removed due to its middling reception resulting in few sales of the digital version.

Vatra Games is only credited with two titles — Silent Hill: Downpour and Rush’N Attack: Ex-Patriot, both for Konami — the latter of which was delisted in 2014 but reappeared in February 2015. Though the Czech studio went bankrupt in 2012 it looks like Konami had Ex-Patriot renewed and relisted, possibly when the game’s original Xbox 360 listing expired. With Silent Hill: Downpour still available on disc Konami may have chosen to stop paying the cost to keep the digital version online.

“Murphy Pendleton has been incarcerated for several years, having had his sentence extended once already. Due to his history at Ryall State Prison, he is being transferred to nearby Wayside Maximum Security Penitentiary—but a freak accident cuts the journey short. Waking up in a forest next to the wrecked bus, Murphy has a clear shot at freedom. He makes his way into the sleepy town of Silent Hill where mysterious locals welcome him into a slowly developing personal hell.

Silent Hill Downpour is the latest Silent Hill game offering the familiar Survival Horror gameplay delivered in the most defined visual quality to date. The game also expands on the exploration theme of the franchise both design-wise and through psychological torture, ambient story, horrific enemies and self-evaluative questions of despair.”