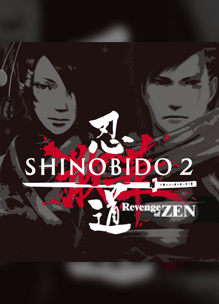 Shinobido 2: Revenge of Zen was most likely delisted on PlayStation Vita in Australian, European, and North American territories in January of 2016. The earliest mention we found was a neoGAF forum post from February 10th, 2016 confirming that it had already been delisted at that time. The cause for the delisting is related to an expired publishing license between Acquire and Bandai NAMCO who released the game outside of Japan. As of July 2021 the game remains available in Japan and Asian regions where it was published by Spike Chunsoft.

Shinobido 2: Revenge of Zen finds the region of Utakata in the grip of a vicious civil war. Players will step into the shoes of Zen, betrayed by his companions and left homeless. Saved by the Asuka Ninja clan, Zen chooses to live the life of a ninja and sets out to find those who wronged him, stopping at nothing to unleash the full impact of his silent and deadly revenge.

Zen will use his honed ninja craft to take down enemies with Assassination a unique skill that lets players silently dispose the opposition with satisfying kills. Using the unique touch screen and panel, players will be able to mimic ninja actions such as throwing shurikens and targeting grapple points.

Thanks to Henrikus for submitting this game to the site