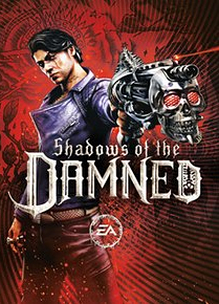 Shadows of the Damned was delisted on Xbox 360 and Xbox One in late June of 2020. The game was included in a “Shocktober in Summer” sale on Xbox.com but was removed before the promo ended on June 30th. It appears that the game was delisted at the end of Electronic Arts’ publishing deal with Grasshopper Manufacture. The 2019 release of Travis Strikes Again: No More Heroes includes an elaborate cutscene and conversation with Travis Touchdown that strongly suggests that Shadows of the Damned will be back in one form or another.

As of this writing it seems possible that an “HD remake” of the original Shadows of the Damned could be in the works alongside a proper sequel. The game remained available on EA’s subscription service, EA Access, but was removed around February of 2021.

Venture deep into a hyper-demented re-imagining of hell as demon hunter Garcia Hotspur on a mission to rescue the love of his life. Defeat the armies of darkness with the power of the light and the help of the trusty Johnson, a former demon with the ability to transform into an array of vicious weapons. Shadows of the Damned delivers shocking and unique gameplay experiences that include over-the-top action, grandiose boss battles, demented puzzles, grotesque enemies, heart-pounding moments and psychotic imagery. Brace yourself for one hell of a trip to the city of the damned.

Thanks to @OldMario for submitting this game to the site