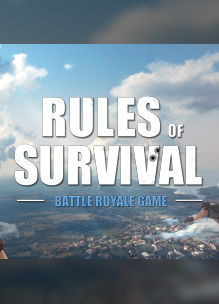 NetEase announced on Wednesday April 27th, 2022 that two of their older multiplayer titles had been removed from sale and that they would be completely shut down on June 27th. Rules of Survival and Creative Destruction both launched in 2018 as riffs on battle royale and Fortnite-style gameplay respectively. Each game was available on Steam and through a PC client from NetEase as well as on mobile for Android and iOS. The games were removed from their respective stores on April 27th along with in-game purchases and the ability to register new accounts. The team’s announcement follows:

1. April 27, 2022 (16:00): Download on Steam will be removed, players will no longer be able to download the game, and all top-ups and new registrations will be disabled.

2. June 27, 2022 (15:00): All game operations will be terminated on Steam and game servers will be shut down. (Players will not be able to log in the game or the official website; the Customer Service portal will also be unavailable)

NOTE: After game servers have been shut down, all account data and character info (including but not limited to characters, Diamonds, items, materials) will be deleted.

Thank you to everyone who has offered tremendous support to Rules of Survival—Steam. From the date of this announcement, unused in-game Diamonds can still be used before June 27, 2022 (15:00). We hope you will keep enjoying the game. Please be informed and spread the news. If you have any questions or concerns, please feel free to contact our customer service.

Just like you, it’s hard for us to say goodbye to Rules of Survival—Steam. We apologize for any inconvenience this may cause. Thank you for your support and understanding. We hope to see you again in other NetEase games!

Based on SteamDB player data, Rules of Survival has seen less than 1,000 daily active players since early in 2019 while Creative Destruction dipped consistently below 1,000 players around June of 2020. The decision to shut down the games is likely based on their dwindling player bases and profits from in-game purchases.

Welcome to the arena of RULES OF SURVIVAL! You will be one out of 300 unarmed players who get air dropped into a vast, deserted island. Only the last one survives. It is not a game. You are writing RULES OF SURVIVAL!

Remember! Your safe zone is diminishing. You are racing against poison gas spreading, enemies shooting, and ultimately death chasing. You could either fight alone or form a small team up to 5 players. Collect weapons scattered, arm yourself to the teeth, wield your wisdom and tactics, loot gear from the unlucky. Alert !!! This is not just about a game. This is about a life & death fighting.

-Variety of firearms and accessories.

Thanks to Jojoman32 for submitting this game to the site