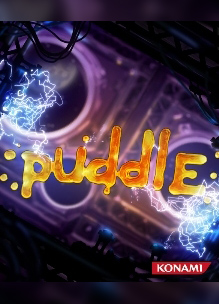 Puddle was delisted from Xbox 360 some time after February 22nd, 2016 and no later than December 17th, 2017. These are the last dates that Archive.org captures show the game available to buy and then removed from sale, respectively. The game was presumably delisted on PlayStation 3 around this same time.

Originally published on Xbox 360 and PlayStation 3 by Konami, the delisting was likely due to an expired publisher/developer arrangement. Puddle remains available on all platforms where it was self-published by Neko Entertainment (Nintendo Wii U, PlayStation 4, PlayStation Vita, Steam, GOG.com).

What began as a student project that won a Student Showcase prize at Independent Gaming Festival at GDC 2010 is now a full-fledged downloadable game experience like nothing you’ve ever played before. Guide puddles of fluid through a variety of novel, themed environments (the human body, a garden, a foundry, and more). But to do so, you must tilt the environment, balancing each fluid’s unique properties with the environmental factors of gravity, friction, and each course’s obstacles.