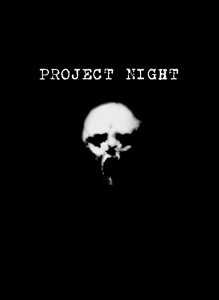 Creator Riccardo Deias announced in a Steam Community forum post on August 5th, 2015 that he would soon be removing Project Night from sale. After waiting to hear how the process would work from Steam, he ultimately removed the game from sale in mid-September of 2015. His initial announcement follows:

Hello guys.
First of all i want to say thank you to everyone who support me in last years. I want say thank you to every video gamer that sended me positive or negative feedbacks. I really appreciated your comments (not so much the insult or kidding, but, that’s the life of an indie developer). Before to think about this situation, i’ve waited until 50% of people like the game. Sadly, some months ago the percentage drop under 30%.

So, i think that i’ve to accept that. Feedback is not enough positive, so, i’ve choose to remove the game from Steam. Now, i’m working on a smaller game. Anyway, i’m going to reinvest your money in my next project, and i’ll probably will launch a small kickstarter campaign before the end of this year.

Now, i’ve to say goodbye to Steam community. Thank you for everything and see you soon.

Through discussions in the thread Deias explained that he didn’t have the budget to overhaul the game, had more personal projects in mind, and wanted to “reset to zero” in regards to titles he would have to maintain.

“Project Night is a single-player, survival horror game developed with Unity 3D. Do you remember the survival horror genre in 90’s? The atmosphere? The fear? The main character is alone and near a forest, he doesn’t remember anything about his life, or this place. What has happened? Where is he? Who is he?“

Hello guys, i hope that this short description could help you to chose if buy or not Project Night. This is not a modern survival-horror. The graphics is a 90s art style (just a little better). Doesn’t expect a photorealistic or modern graphics.

About Gameplay: in 90s, survival horrors was slower than modern and with no perfect controls. I’ve tried to make it more simple and easy, but it was inspired by that kind of controls. And now…

Gameplay:
In the 90’s, survival horror was beautiful and scary, but also a little “slow”. Project Night’s gameplay will give you the opportunity to pick up items, bullets and open doors just by touching them. This changes everything.

Cameras:
Do you remember the beautiful camera angles in 90s? So, why don’t we try to evolve it? Sometimes, camera-angles can change the way you play the game….

Exploring places:
In Project Night, you can explore several places, including forests, cities and buildings. Sometimes you’ll play in a small free-roaming game. Never forget, check the map (if available), This could help you in big areas.

Bullets:
It’s not easy to survive with a only a few bullets. Before shooting, think about this.

Medikits:
These will help you survive. Find these and pray.

Files:
The files will help you understand the story. Explores areas, find the files and discover the truth.

HUD:
If you want the full 90’s experience, you’re able to hide the heads up display in real time.