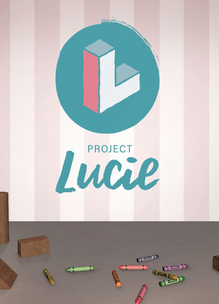 Project Lucie was delisted on Steam on December 15th, 2017 just one day after it was released. Announced alongside Ylands, Project Lucie was part of Bohemia Interactive’s “Incubator” program and was released for free as an in-progress prototype. Bohemia’s own press release painted an ominous future for Lucie even as it was announced:

While there are similarities between Bohemia Incubator and Steam Early Access, a key difference is that Incubator games can be much more basic, experimental, and rough. Moreover, Bohemia Interactive might even decide to cancel or stop supporting an Incubator game. To reflect this, people will often be able to play the games for free while they are part of Bohemia Incubator (such as Project Lucie).

Since release, the Bohemia Incubator landing page has been updated to show Project Lucie’s status as “Abandoned”. Project Lucie was designed for the Oculus Rift but was never officially released on that platform.

Project Lucie is an experimental VR puzzle game with mouse & keyboard support. Players take on the role of Lucie, an 8 year old kid with a big imagination, and follow her story by completing puzzles that come to life! Beyond Lucie’s story, an Editor mode invites players to explore their own imagination by building their very own puzzles.

While it’s playable on PC with a mouse and keyboard, the game is built to support Oculus Rift and Touch controllers – to fully immerse players in a Virtual Reality environment, and provide a complete gameplay experience: full physical simulation, and complete presence within Lucie’s world and imagination.

About Bohemia Incubator
Project Lucie is a new title from Bohemia Incubator, a label for experimental games that are made available to the public.This Incubator release enables a small but dedicated team at Bohemia Interactive team to explore new areas of game design, and involve the community along the way.

Notice
Project Lucie is not yet part of the Oculus® store. In order to be playable, it is necessary to switch on a specific option in the Oculus settings. Click the gear icon and select ‘Settings’. Then, click ‘General’ and enable ‘Unknown Sources’, which allows applications that have not yet been reviewed to be played. See the official Oculus website for more information. Project Lucie is currently Pre-Alpha. This is not final software; content and technology is subject to change and may still contain errors / lack certain features.