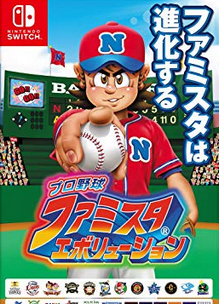 Pro Yakyuu Famista Evolution and all of its downloadable content was removed from sale on February 28th, 2019. No reason was given but with the names, mascots, and likenesses of Japan’s baseball teams (and even a cross promotion with New Japan Pro Wrestling) the cause is most likely related to expired licensing.

Game modes have also evolved. The series’ popular Dream Penant and climactic online battles, as well as the “Famista Fantasy” and “Board de Famista” modes where you develop an original player are all included. New action elements have also been added.“

Thanks to @Dystroph for submitting this game to the site