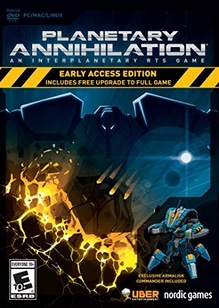 “In looking to the future, Classic Planetary Annihilation has been removed from sale. This will not impact existing players, the game will remain in your Steam library and Classic PA players will still be able to upgrade to TITANS at the permanent 90% off discount. New players will only see TITANS in the store, which is both backwards compatible with Classic PA lobbies and also supports switching to classic mode to host classic games. Classic PA will continue to receive updates, including the new simulation performance improvements with multithreading that Sorian is working on.”

TITANS is the huge stand-alone expansion to the already massive-scale RTS Planetary Annihilation, which includes the base game and adds tons of new features: