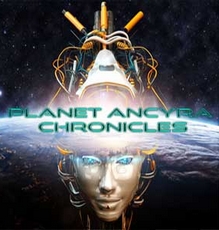 Planet Ancyra Chronicles was delisted from Steam no later than January 22nd, 2019. It was released to accommodate players interested in the story of Pulsetense’s previous titles, Solarix and De-Void, without worrying about the survival horror gameplay. Sold for $9.99, Planet Ancyra Chronicles was also free to download for anyone who had previously purchased both Solarix and De-Void.

Partially due to backlash over charging for what some Steam users considered a “walking simulator” with “no gameplay”, Pulsetense removed the individual release of Planet Ancyra Chronicles from sale. They have pointed out that it is still included for those who buy Solarix or De-Void.

“Planet Ancyra – a planet too far and the graveyard of a humanity that became lost in the depths of space. A planet where the human mind became overwhelmed by fears of conspiracy, betrayal, and madness. As the game evolves, unravel the mysterious events surrounding the Planet Ancyra interstellar research base, investigate the enigmas discovered and tie up clues about the lives of colony workers.“
– KISS press release

“Planet Ancyra Chronicles doesn’t have combat and also “horror” elements are removed. Meaning there are no monsters in PAC. Basically, PAC is a walking simulator, for those who wants to absorbe the story only. Of course the “horror” vibe and mood is there, just that you won’t ever “die”. It’s the exactly the same version of Solarix without horror + DeVoid game itself in one pack.”
– Developer Penbit on Steam