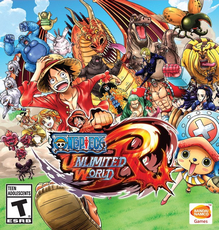 One Piece Unlimited World Red was likely delisted in July of 2017 on Nintendo 3DS, Nintendo Wii U, PlayStation 3, and PlayStation Vita in North America and Europe. The last Archive.org capture that shows the digital version available to buy on Nintendo 3DS was on July 16th, 2017. By the next capture on July 18th the page had been redesigned and the option to download removed. The Wii U, PlayStation 3 and Vita versions were likely removed around the same time.

The older versions were presumably delisted preceding the release of One Piece: Unlimited World Red Deluxe Edition in August of 2017 for Nintendo Switch, PlayStation 4, and Steam. Digital versions on these platforms remain available to download as of this writing.

While all other versions of the original game received digital and retail releases worldwide, the game was a download exclusive on the Wii U in North America. As of this writing, it can still be purchased and downloaded on all platforms in Japan.

“The latest installment of the Unlimited Series brings Luffy and the Straw Hat Crew on a brand new adventure with all new characters!“

Set sail on a gripping adventure in the New World with the beloved Straw Hat Crew in ONE PIECE Unlimited World Red. Dive into a wayfaring journey with fun-filled escapades, action-packed battles and powerful comrades in a whole new never-before-seen scenario. Play as members of the Straw Hat crew and progress through the episodic storyline with encounters against famous bosses like Rob Lucci, Caesar Clown, and more. Master a large variation of flashy combos and test your reflexes by pressing the right button at the right time to counter, dodge or otherwise interact with enemies. Enjoy endless playability by exploring the central town and taking on quests to assist the townfolk and gain more rewards and items.

* Wii U™ version is digital only on the Nintendo eShop